It is a vegetable oil from the Neem tree. It is obtained from the fruits and seeds of the tree and is one of the oils with the most therapeutic properties and insecticides.

The NEEM is a tree native from India. It is found in tropical and subtropical regions of Asia, Africa, America and Australia, although we can currently find it all over the world. It is a perennial tree of the Meliaceae family that reaches a height of about 20m, sometimes measuring up to 35 meters. It produces white and aromatic flowers and fruits whose appearance resembles an olive, oval and green, with a seed in the interior. When they are more mature, they acquire a more yellowish colour.

2. The Neem or Azadirachta indica is known in other regions as lila India or margosa. 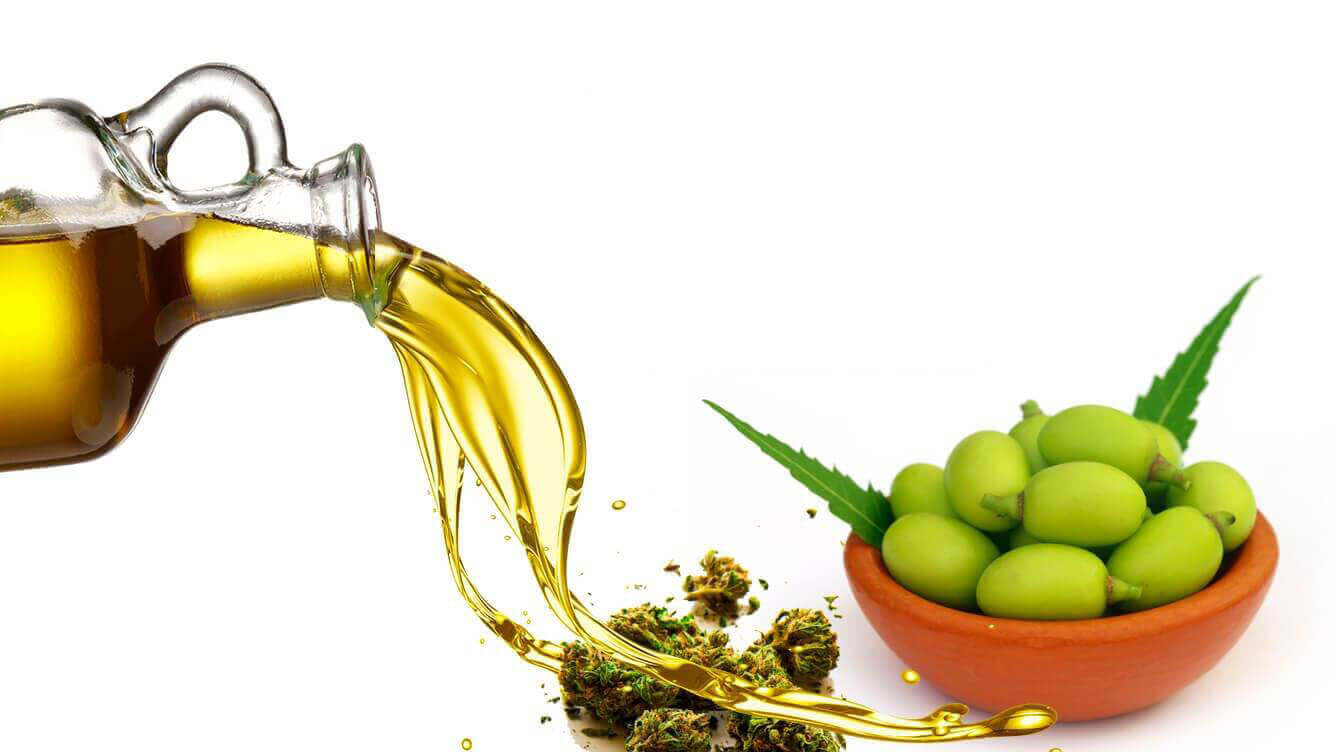 The Azadirachta tree has been known in India for over 4000 years for its therapeutic properties and is one of the fundamental plants in Ayurvedic medicine. Indians have entrusted their health to the Neem tree for many years and it has been used as a treatment for numerous diseases, as a natural pesticide and as a cosmetic. It is said that it was even the favorite tree to relax under its shade, due to its freshness and lack of insects.

It is an ancestral remedy widely used in India that was jealously guarded until it was later extended to the whole world by the multitude of therapeutic applications it possesses, becoming declared by the UN as the “tree of the 21st century”. Although there are a large number of uses for the nim tree, in this post we will focus on Nem oil due to the orientation of our blog, is the product of this wonderful plant that interests us most.

Nim oil has a brownish yellow color, a strong smell and a bitter taste. It is hydrophobic so to apply it with water it must be emulsified along with water and some wetting agent such as potassium soap.

The fact that Neem oil is so beneficial and profitable in fields as diverse as cosmetics or agriculture is due to its composition. The main components are triglycerides, triterpenoids and steroids.

In addition, it is composed of fatty acids such as Omega-6 (increases the defenses and lowers blood pressure, among others), Omega-9 (reduces cholesterol and blood pressure, helps to treat cardiovascular diseases and diabetes), Omega-3 (beneficial for the brain and to treat cardiovascular diseases) or stearic acid (very used in the cosmetics industry) and has a high composition of triterpenoid by chance. 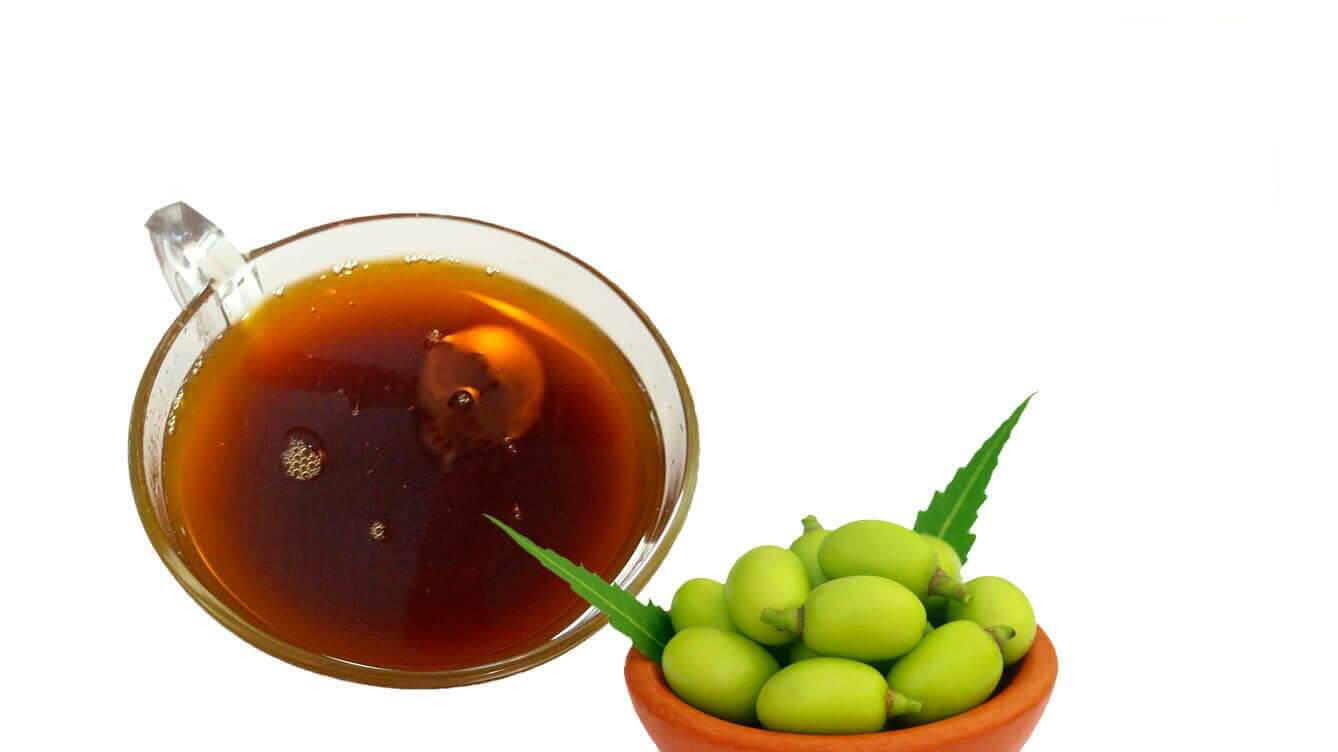 There are two main ways to obtain Neem Oil:

Pressing: this method consists of crushing and pressing the seeds of the Azadirachta tree until obtaining the oil. In this way we will obtain an oil with many active components and many more properties than if we do it through the extraction method. The pressing can be done cold or hot, we recommend the oil produced by the method of cold pressing because it preserves all the active ingredients much better than when it is made with other methods.

Neem oil can also be obtained by extraction with hexane. In this way, a lower quality oil is obtained than by cold pressing. The product remaining after extraction is what is known as Neemque Cake can also be used as a pest preventative, although it is not as pure as the oil resulting from pressing. It is important to know that the quality of the oil depends directly on the method used to obtain it.

Nim oil is one of the most beneficial ecological products and with more applications in different fields that exist. It has insecticidal, antiseptic, moisturizing, nourishing, febifugal, acts as an emenagogue, anti-inflammatory, antimicrobial and antifungal properties.

In addition to being used as an insecticide, it is also used as an alternative medicine or cosmetics, among many other uses. Insecticide: due to its high composition in Azaradictin, this oil is one of the best natural preventive oil that exists. 100% organic, it is used to prevent the appearance of pests not only in cannabis cultivation, but also in organic farming in general. 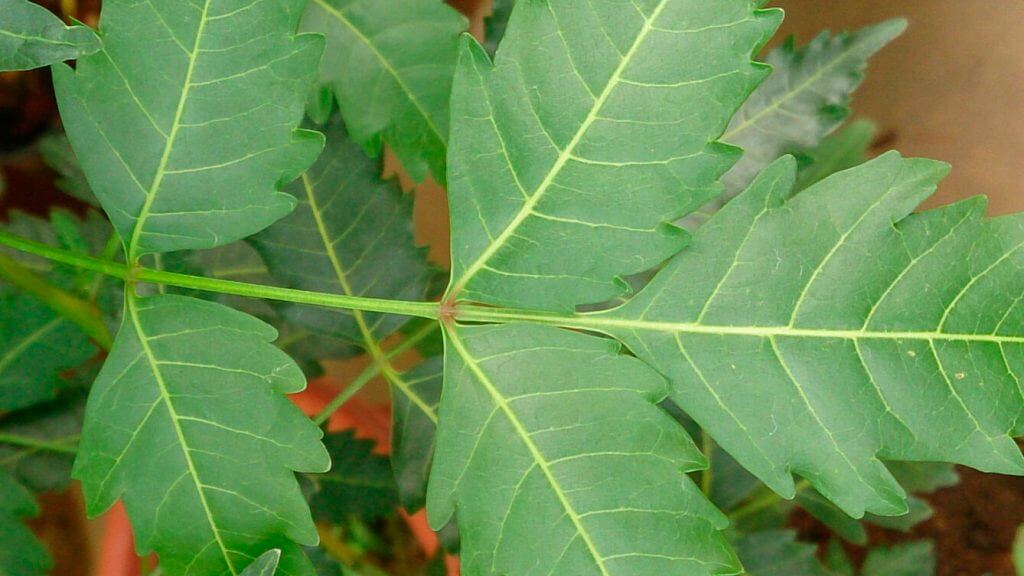 This oil is a broad-spectrum insecticide because of its ability to influence more than 300 different species of insects, mainly pests, being both harmless to humans and biodegradable. Many of the insects that can be fought with the nem are resistant to chemical insecticides and difficult to treat with them, so in addition to respecting the environment, using Neem oil for the treatment of this type of pests, we will eliminate them much faster and more effectively.

The oil made with Neem fights and prevents the appearance of pests such as red spider mite, whitefly, leaf miner, cochineal, caterpillars, thrips, aphids, mites or nematodes, but it is harmless for the other beneficial animals that are part of our garden, such as ladybugs.

For this reason, it is one of the most widely used preventatives in the cultivation of marijuana, and one of the perfect allies if we want to have a 100% organic crop. “It’s got a good price, too.” What Neem oil does is, on the one hand, act as a preventative to prevent the appearance of pests and on the other hand, fight the plague and eradicate it without harming beneficial insects, so it is compatible with biological control. Chanceadictin acts as an insecticide by altering the hormonal balance of insects and interrupting the transition from one larval state to another.

In addition to acting as an insecticide, neem oil is a fungicide that helps prevent powdery mildew, mildew or botrytis. As with pests, we can use it as a preventative and fungus treatment. The use of Neem oil as an insecticide is becoming more and more widespread as they are all advantages over chemical insecticides. It is ecological, it does not harm the beneficial fauna of our crop, it acts as repellent and besides acting against plagues it also acts against fungi and viruses. The only thing to keep in mind is that it is much more effective against larvae, eggs and young insects than it is against adult insects.

5. Natural remedy against diseases and other conditions.

As mentioned above, Neem oil has been used for many years as a natural remedy to alleviate some skin diseases and conditions. As a product with so many properties, there are many applications for this oil:

One of the most widespread uses of Neem oil is cosmetics as it has traditionally been used in India in the manufacture of cosmetics and soaps. Because of its nourishing and moisturizing properties, Neem oil is used to moisturize the skin, combined with other essential oils or even alone. It is used for the elaboration of moisturizing facial treatments, anti-wrinkle and as a mask for the hair as it strengthens and moisturizes.

It is also a good exfoliant combined with green or white clay and one of the best natural remedies against dry skin. In India the Neem tree has been used for oral hygiene.

Neem oil can be sprayed on the leaves or also together with the irrigation water. To apply it sprayed we must emulsify the oil with water and some wetting as potassium soap that will facilitate the mixture of water with oil. Once mixed we should only spray the leaves of the plant with the help of a spray. The leaves should be pulverized with emphasis on the underside, which is the usual place where larvae and eggs are deposited. Neem oil remains on the leaves for about one month after application if not washed first.

When we add Neem oil to the irrigation water, it acts as a systemic insecticide protecting the whole plant from pest and fungal attacks for about a month. It is advisable to stop using Neem oil a little before harvest.

Do not swallow: Neem oil is not suitable for oral consumption. Avoid also the contact with eyes. Pregnant women should be careful and consult with their doctor before using Neem oil as it is not recommended to use it when attributing an abortive effect.

Neem oil is a treasure that nature offers us, which thanks to the rise of organic farming is increasingly known and used. Using biological products instead of chemicals, whether pesticides, cosmetics or medicines, is always the best option for ourselves and our planet.