One of the multiple effects that cannabinoids have on our body is the stimulation of appetite.

Joints makes us hungry, it’s something that anyone who has ever consumed cannabis knows, and it’s a voracious hunger that can make us empty our own refrigerator. 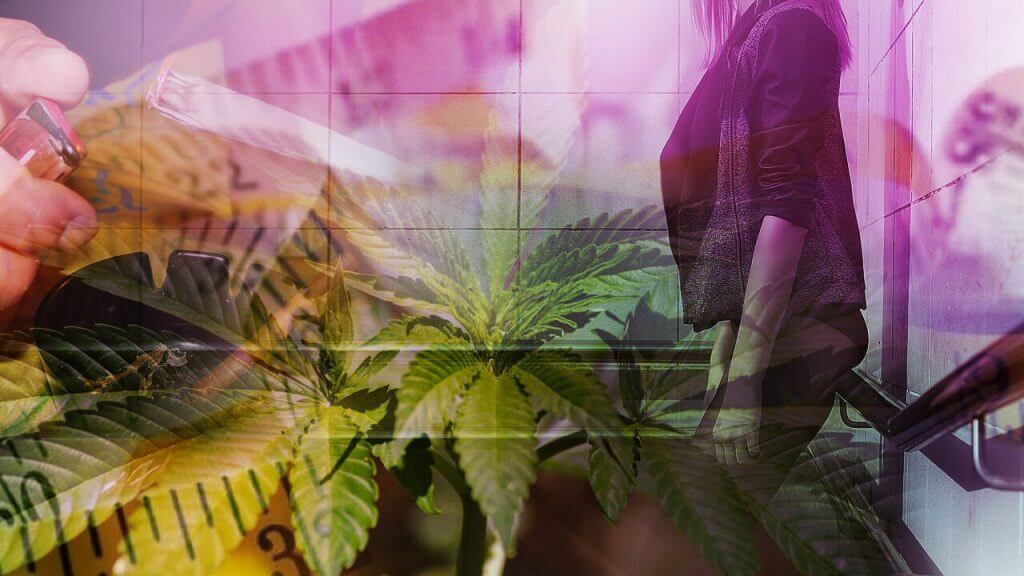 The exogenous effect of cannabinoids may lead us to believe that the consumption of marijuana makes us fattened due to a higher intake of food, in addition, it is common to use marijuana to stimulate appetite in people affected by diseases such as anorexia or AIDS.

On the other hand, there is a common belief that cannabis causes thinning, so…

How does cannabis affect our bodies in this way?

In a study published in the American Journal of Epidemiology in 2011, the relationship between obesity and cannabis use was investigated.

This research work was based on two epidemiological studies: The National Epidemiologic Survey on Alcohol and Related Conditions (NESARC; 2001-2002) and the National Comorbidity Survey-Replication (NCS-R; 2001-2003). They studied the obesity rate among people who use cannabis regularly, compared to those who do not, making an association between marijuana use and BMI (Body Mass Index).

The results showed that there is less obesity among cannabis users than non-users.

The results at first glance may seem surprising and contrary to the exogenous effect of cannabinoids which should lead us to conclude that an increase in appetite causes weight gain. On the other hand, the study does not provide an explanation of why this relationship between cannabis use and BMI is so important.

Another study, published in 2015 by The American Journal of Medicine, corroborates the negative correlation between cannabis and obesity.

This publication studies the relationship between Metabolic Syndrome and marijuana use in the United States.

Metabolic syndrome is a series of factors that put the affected person at high risk for heart disease and Type 2 diabetes. These factors would include an elevated blood glucose level, high blood pressure, elevated triglyceride levels, an elevated level of fat around the waist, and a low level of HDL blood.

The study found that marijuana users were less likely to have metabolic syndrome and the factors that cause it.

This study also fails to clarify the cause of these findings, that marijuana users are less likely to be overweight and obese.

Although there is no conclusive theory, there is speculation on the replacement of compulsive habits, such as replacing eating with smoking. This could be one of the main reasons why there is a lower percentage of obesity among people who regularly use cannabis, as compulsive behavior such as eating would be replaced by smoking.

To date, what is clear is that marijuana use, despite its oxygenating effect, does not cause overweight in people.

Hopefully, research on cannabis and how it affects our bodies will continue and little by little we will be able to learn more about this amazing plant.