Pests are one of the main headaches for cannabis growers. There are many plagues that can affect our plants, so here are the most common, as well as different forms of treatment.

To prevent plants from being affected by any of these pests, prevention is the most important thing. If we have not managed to prevent the attack of any of these insects or mites, we must identify which is affecting us to control and eliminate it. Rapid action is very important to avoid the consequences that in certain cases can be irreversible.

The most common marijuana diseases and pests that can affect cannabis are: insects, mites, fungi and viruses. 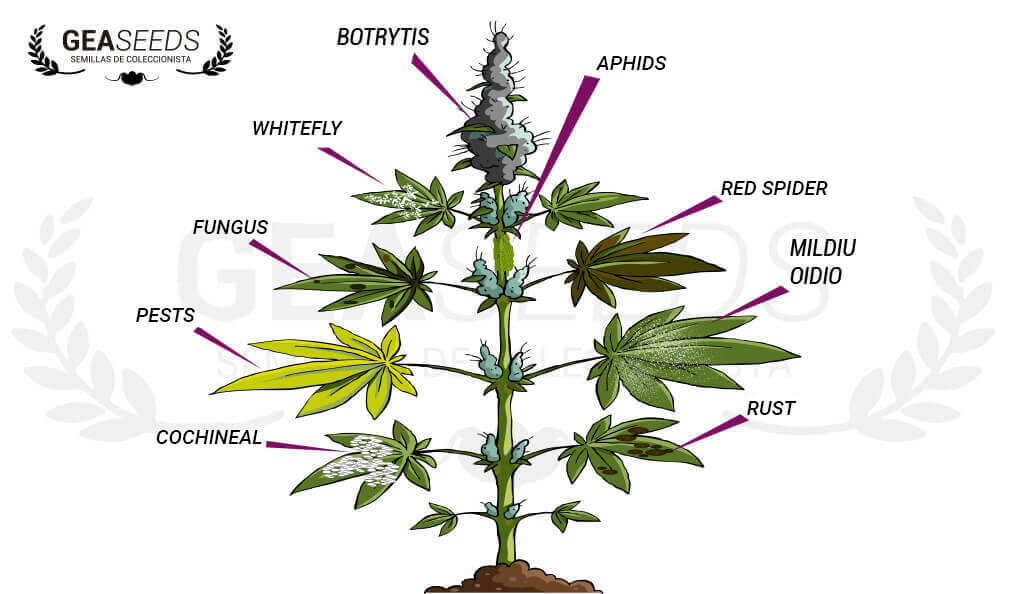 Insects and mites most common in marijuana pests: 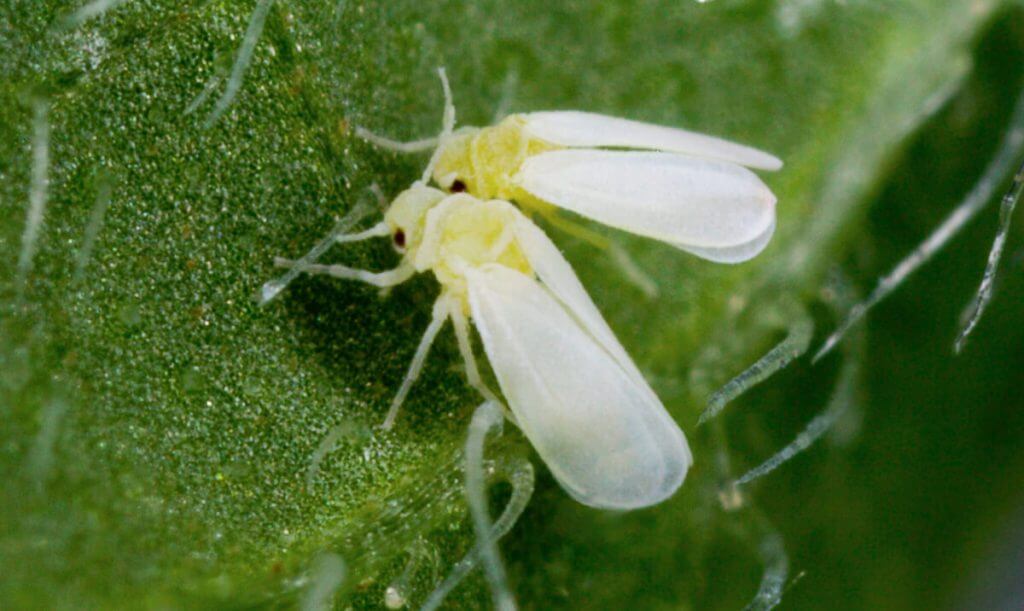 It is a poliphagus aleurodide insect, of which the species known as Bemisia Tabaci and Trialeurodes vaporariorum are mainly known. The whitefly is a small insect of approximately 2mm yellowish-white color.

It grows and reproduces very quickly. They are usually found on the underside of the leaf where they lay eggs and live larvae.

They feed on the plant by sucking the sap from the leaves, they can carry viruses and their droppings can also cause the fungus of the blush or boldface.

The direct damage they cause is derived from the suction of the sap that causes weakening of the plant and spots on the leaves (Chlorosis).

In addition, the whitefly can transmit different viruses and molasses from its droppings facilitates the appearance of the bold fungus.

The red spider, known by the scientific name of Tetranychus urticae and Tetranychus cinnabarinus, is a mite that has become one of the most common pests in indoor crops and, if it is not treated in time, can have devastating consequences, even leading the plant to death.

It reproduces quickly in places with high temperatures, low humidity and poor ventilation.

The red spider feeds on the plant sap and lodges on the underside of the leaves. The first damages of this plague are manifested with the appearance of yellow points in the leaves, then the leaves yellowish and dry, in the most serious cases, their webs are found around the buds. This plague causes the general weakening of the plant and can lead to its death.

The red spider is very resistant because it reproduces very easily and is considered one of the worst plagues that exist. 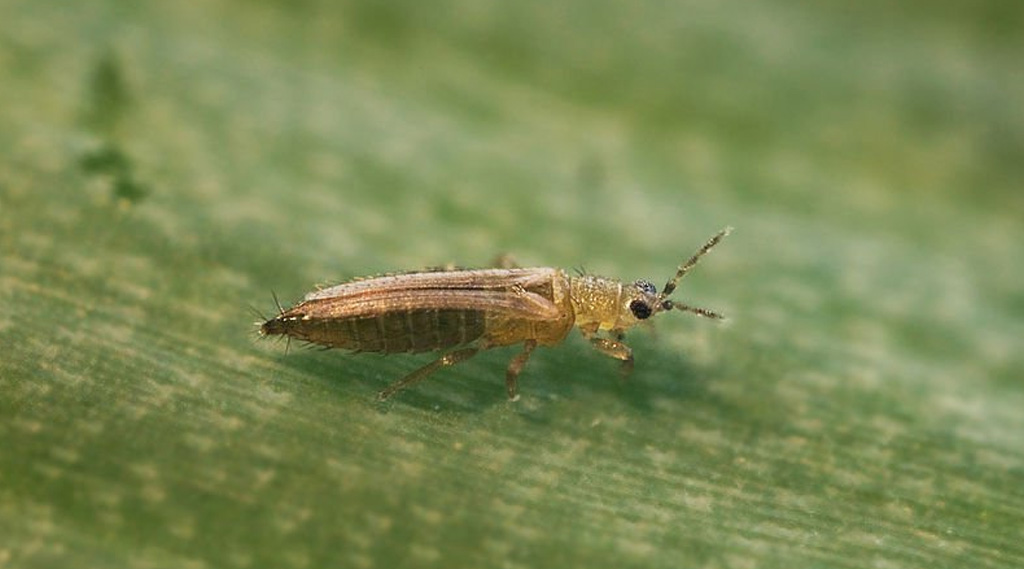 Trip, specifically the species Frankliniella occidentalis, is an insect that constitutes one of the most common cannabis pests. The real problem caused by this pest derives from indirect damage caused by acting as a vector and transmitting diseases to the plant.

The trip is a small winged insect that feeds on the sap of the plant. It lodges in the underside of the leaves and inside the buds and warm temperatures favor its appearance.

The direct damage caused by trips is due to the leaves being sucked in to feed on the sap. The symptoms they cause are white and silver coloured spots on the leaves and even these can be deformed by their attacks and can cause serious damage by acting as vectors transmitting viruses. 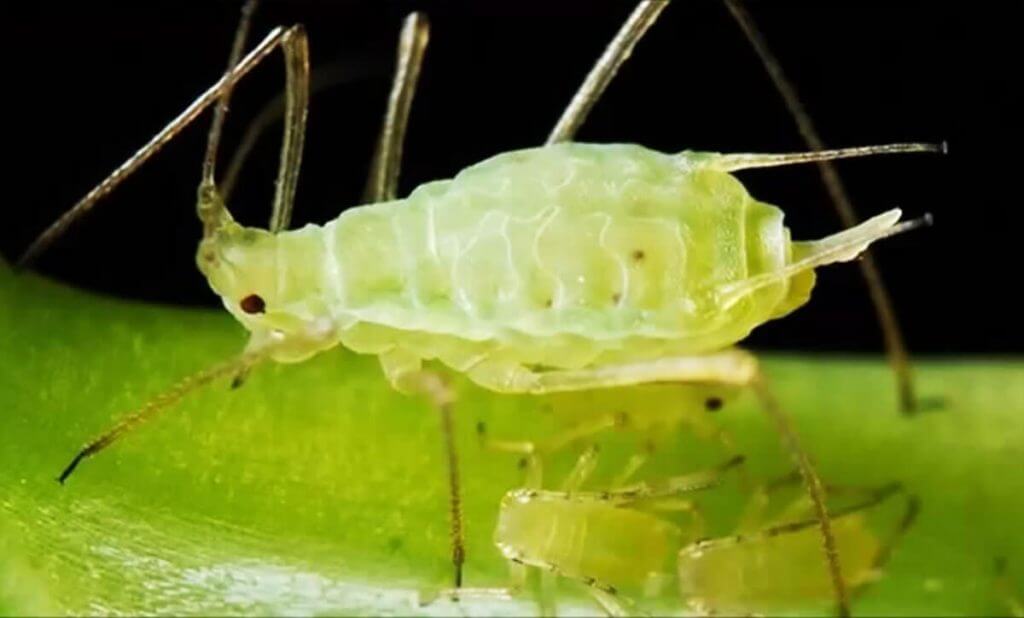 The aphid is an aphid with a size between 1-10mm that can be of different colors (black, green or yellow). It is housed on the underside of the leaves and on the stem of the plant. It feeds on the sap which causes defoliation and yellowing of the leaves.

In addition, aphid can act as a vector transmitting viruses to plants and facilitates the appearance of fungi.

By reproducing quickly, they can invade the plant in a very short period of time. 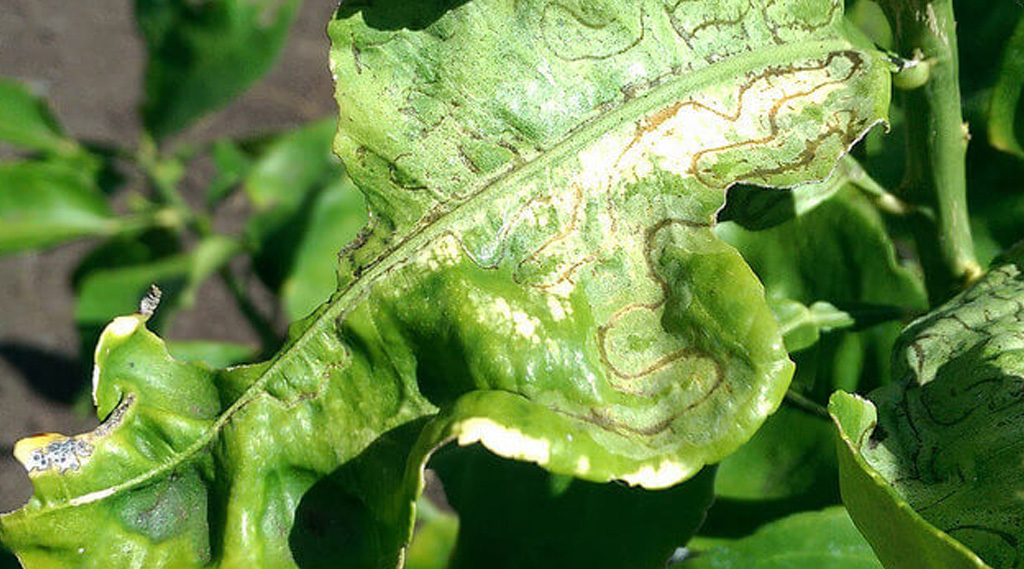 Damages caused by the leafminer insect

This small insect with the scientific name of Phyllocnistis citrella lives inside the leaves where it builds galleries which causes the destruction of the leaf. The eggs are deposited inside the young leaves and then the larvae are the ones that cause the damage. 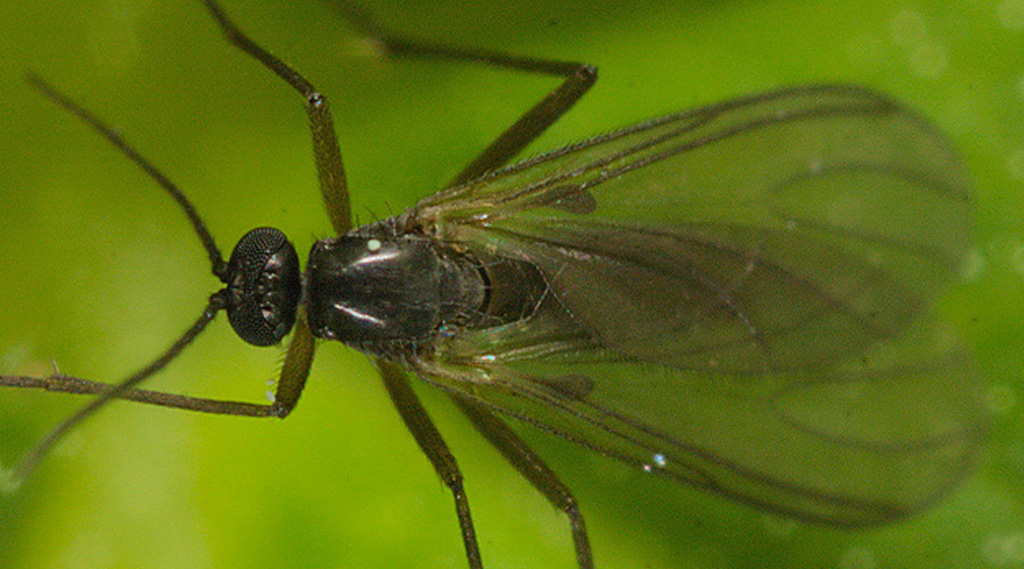 The soil fly or Sciaridae is a small dipterous insect that is usually housed in the substrate in indoor crops.

It is a small black fly whose larvae feed on root hairs, seriously affecting the root system of plants.

Their presence can be easily detected if small flies fly from the substrate as they move the pots.

They reproduce quickly in humid and dark environments and besides affecting the root system, they facilitate the appearance of fungi such as Fusarium or Botrytis. 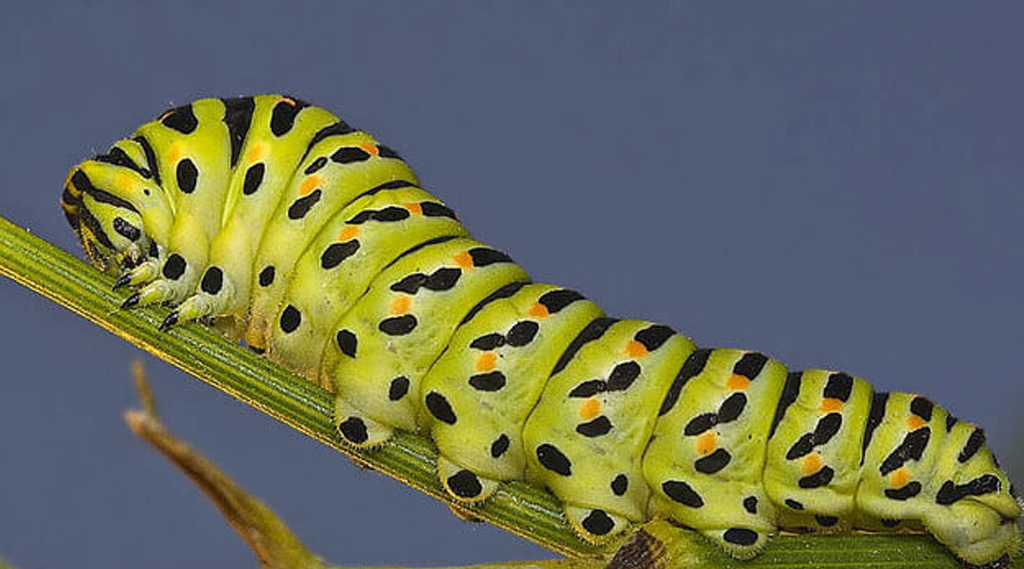 The caterpillars, belonging to the family of lepidoptera, are a voracious plague that affects outdoor crops.

The butterflies and moths lay their eggs on the plants and larvae, then feed on the leaves and buds, devouring them and causing direct damage to the plants.

They have a predilection for plants during flowering, so their attacks favour the appearance of moulds and rotting.

Treatment against the caterpillars: