Usually, purple color appears in nature when the plants get exposed to temperatures lower than usual. 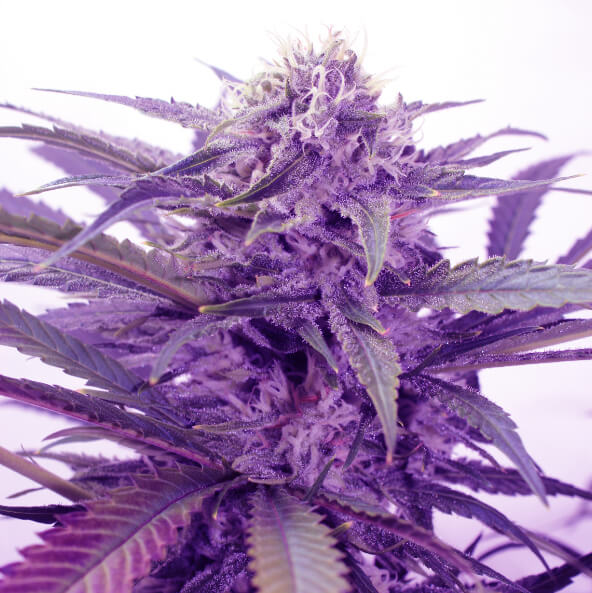 When this happens, some plants acquire purple, violet or livid tones – this physiognomic characteristic’s also found in many cannabis strains which, when planted outdoors and suffering from low temperatures, substitute the green color by those tones; currently, some marijuana strains have got livid tones even without being exposed to low temperatures, due to selective growth of strains prone to this kind of colors.

Why are there purple cannabis strains? 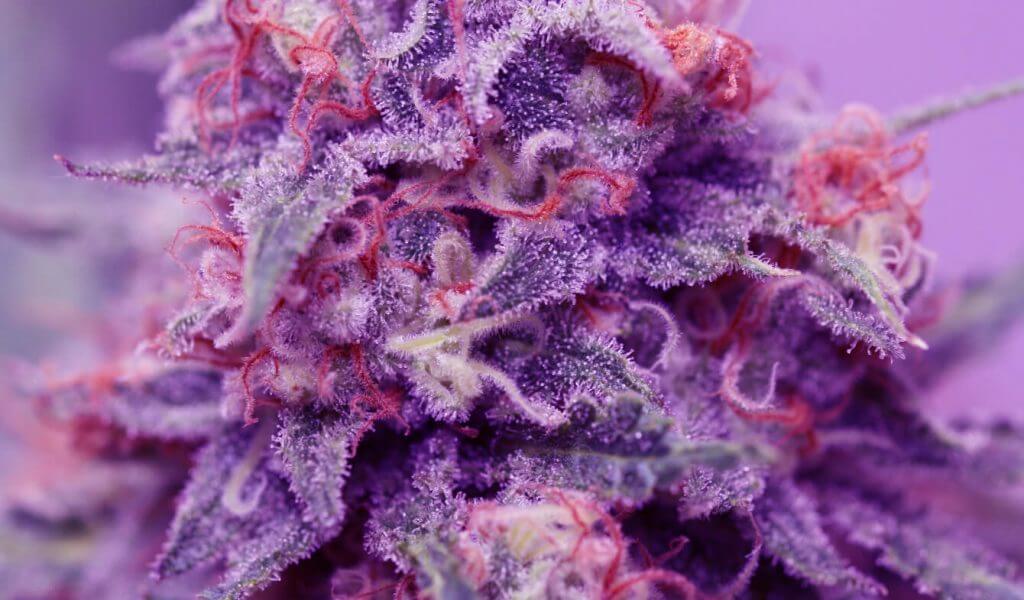 Besides, flavonoids are usually yellow apparently, hence their name, which, etymologically, comes from the Greek word ‘flavus’, ‘yellow’ literally in Latin – these hydro-soluble pigments are directly related to pigmentation, and they have nothing to do with the flavor; about the blue color, the stability of the anthocyanines is determined by oxidation levels, temperature, ionic force and interaction with other complex molecules and other radicals.

Consequently, as marijuana plants are vascular, that is, they have a xylem and a phloem which distribute the nutrients and the water thru the whole plant, the anthocyanines are present in their leaves, flowers, stems and even roots, so, depending on the plant genotype, anthocyanines can perform when flowering, providing livid tones to your crop, independently from the temperatures and the environmental conditions, or can avoid performing, even in cold weather, if the plant genotype doesn’t allow it.

When and why anthocyanines are produced?

Anthocyanines are only produced when late flowering – plant appearance starts modifying; if the plant’s lacking chlorophyll, the pigments will be even more visible – chlorophyll’s a greenish pigment in the stems and leaves of many vegetables, responsible of photosynthesis process.

Here you have the simplest explanation: as every grower knows, when days get shorter and nights longer, the plants start flowering, because photo period change tells them to stop chlorophyll-producing and to concentrate all their energy exclusively on flower/fruit production – while chlorophyll dissipates and decomposes thru the plant structure, the famous anthocyanines start concentrating and accumulating in the plant, so it acquires purple, blue or red tones (color change, when late flowering, deals with biological processes, naturally produced in the plant structure). 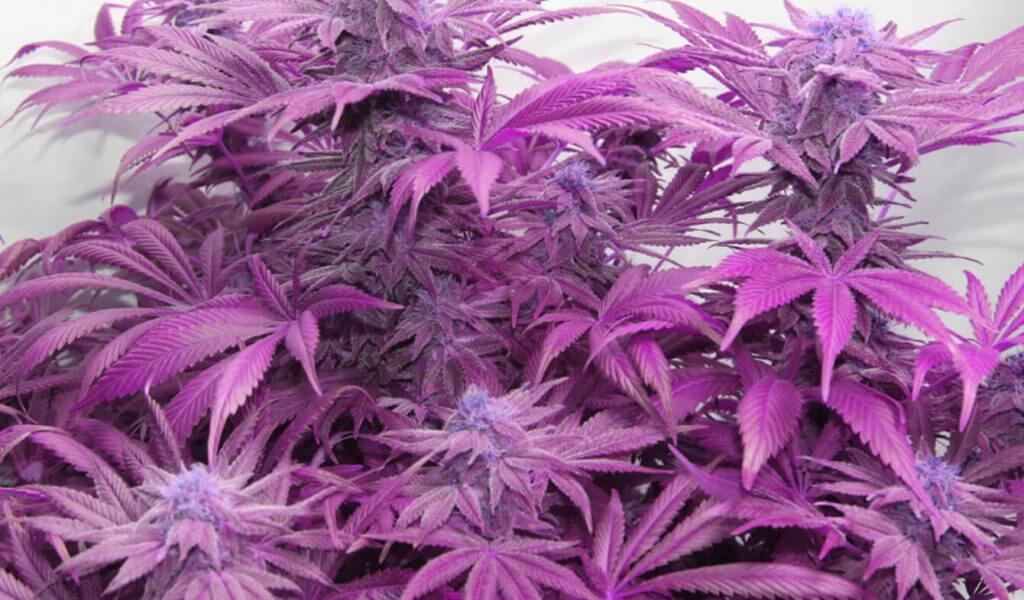 Now you understand why it’s something natural to find violet, orange, golden or ochre tones in marijuana plants when late flowering, but, you know, they usually appear when late flowering – if visible during the vegetative stage or its beginning, it means that the plants are ill or they need to supply some kind of food lack; the only difference between yellow or violet tones points that the violet tones appear due to anthocyanines, and, the yellow tones, due to the carotenoids.

There are marijuana strains which, although containing anthocyanines, don’t change their appearance unless being exposed to long-lasting low temperatures – the processes responsible of violet tones in exposed-to-cold plants haven’t been totally understood (as previously mentioned, we know that those processes depend on the production and activation of the anthocyanines).

This also happens in other fruits like blood orange, blueberry, strawberry, cherry and a great variety of foods such as, together with fruit, vegetables like beet or green onions, cereal like purple corn or seeds like poppy – blood oranges also require a cold period to acquire their unique red color. 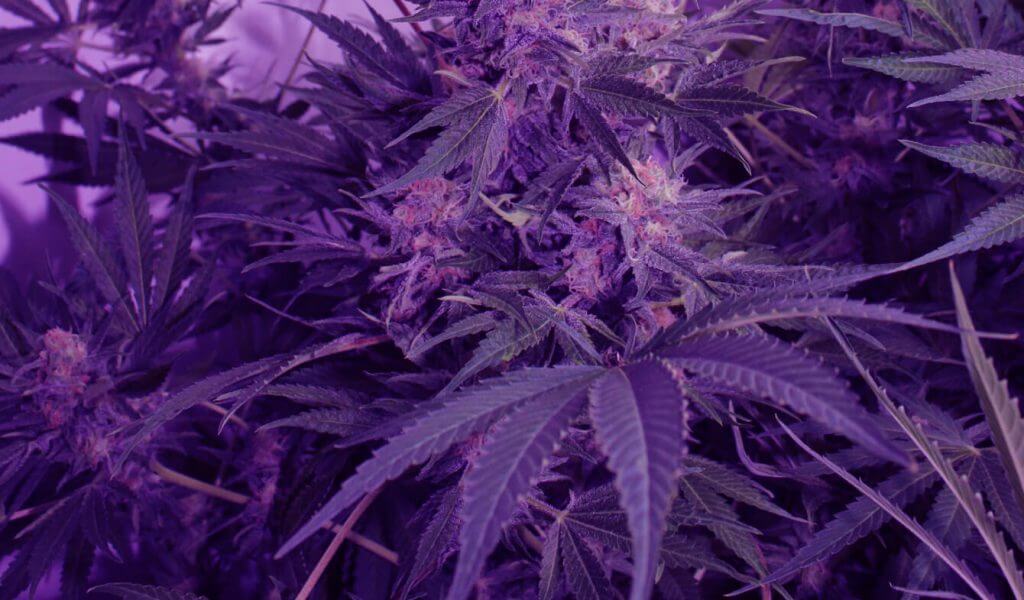 Researchers state that the origin of that effect’s a complex group of genetic circumstances and chemical processes related to Ruby gen – this gen is in every citric variety, but it’s not usually expressed; when it’s expressed, why are these citruses different? The answer’s a special DNA sequence called retrotransposon, a mobile genetic element capable of self-sufficiently introduce into different parts of the genome of the essential cells.

As previously mentioned, the distinguishing characteristic of purple fruits is anthocyanine production – these hydro-soluble pigments are powerful antioxidant with probable analgesic, anti-inflammatory and neuro-protective properties; some recent research points that certain anthocyanines have kind of selective affinity for cannabinoid receivers (probably, this is related to certain types of union with CB1 and BB2 receivers).

Currently, there’s no research on in-body cannabis anthocyanine-consumption effects, but there are some projects stating that high-anthocyanine food reduces chronic diseases and the neurological functions, and improves the consumers’ efficiency and health, especially with berries like mulberry, blackberry, raspberry or gojiberry – other projects state that anthocyanines improve the efficiency of the cardiovascular system, prevent obesity and coronary diseases, and have anti-tumor, anti-inflammatory and anti-diabetic effects. 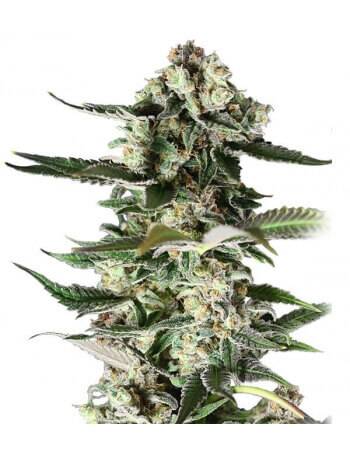 Distinguishing if the positive properties of purple food are also present in cannabis strains is a real challenge to be solved – if true, we’d be facing a real breakthrough on cannabis-benefits medical investigation, and violet tones would stop being a mere aesthetic feature and would become a medical incentive (one of the most demanding and investigated strains).

It’s surprising that there are no researches on these issues, especially when assuming the possible breakthroughs – regarding cannabis-feedback speed, it’s probable that, in a few years, positive projects will certify this question.