Poppy’s opium plant, one of the most powerful drugs, addictive, spread drugs worldwide; this plant’s a Papaveraceae herbaceous species, from southern and eastern Mediterranean.

The drug’s extracted from exuded sap, thru incisions in half-ripened fruits; from this dried sap, opium’s produced – and its most known derivatives, such as heroine – thanks to its high alkaloid level such as morphine (narcotic and analgesic drug from poppy), papaverine or codeine. 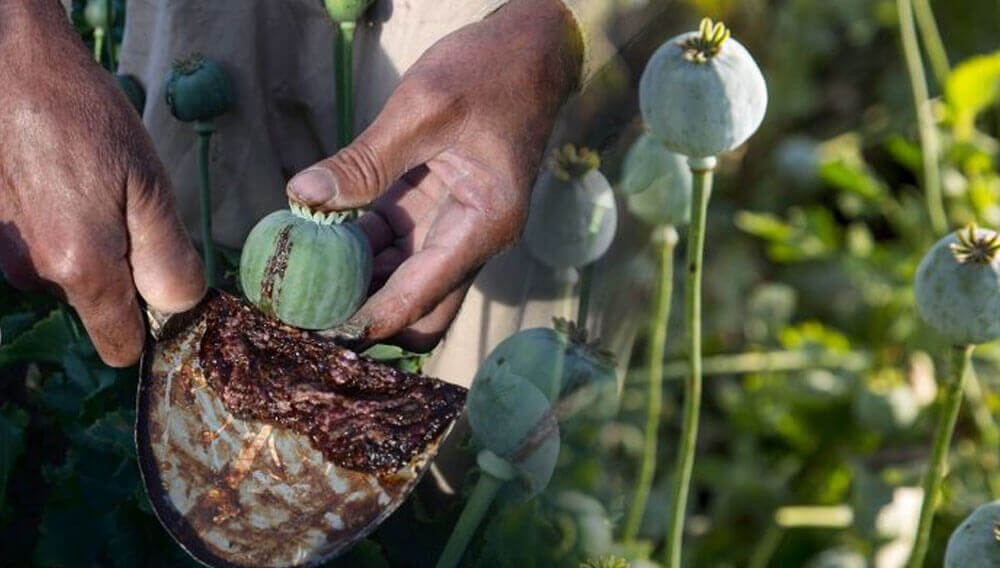 The size of the fruit depends on the plant, climate and growing system – green ball (subglobose capsule), ornamented with small leaves on top of it.

It’s believed that poppy comes from Southern and Eastern Europe – nowadays, it’s grown worldwide; it’s grown – and it grows wild – in the five continents: there are grows in Europe, America, Africa, Asia and Oceania. 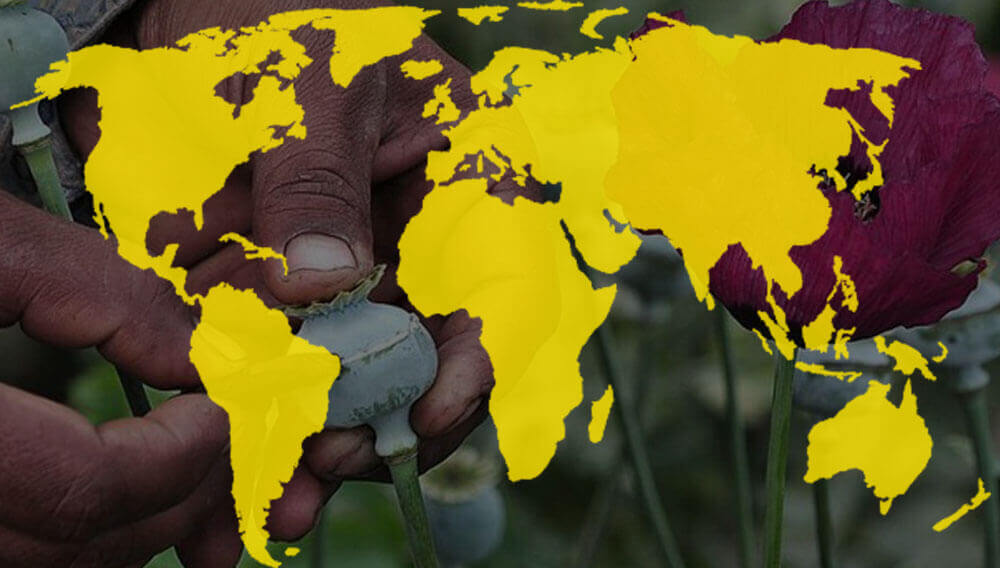 Undoubtedly, the origins of opium human use date back to 6000 B.C. – opium human growth evidence during the Stone Age, c. 5700 B.C. (around rivers Rhine, Rhône, Danube and Po, and Lake Bracciano in Italy and Germany; in Spain, 4200 B.C. in Granada); the origin of human being’s directly related to opium consumption.

Opium extraction – from poppy sap – is a really simple process: when the flower’s ripened, some incisions are made on the fruit with a blade; sap starts oozing, collected and stored to be dried shortly after; once dried, this white sap acquires a black shade and becomes what we know as opium – it can be obtained from the sap or from the semi-ripened porous capsule. 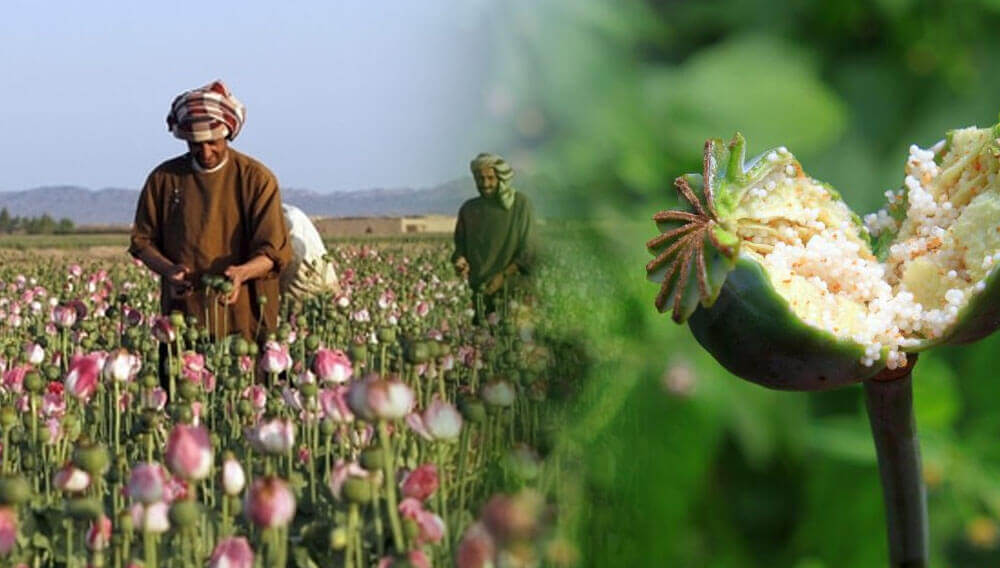 High alkaloid level – strong effect in human body; illegally, it’s used to produce heroine – one of the most devastating drugs in history of mankind (probably, the drug which has taken more human lives due to its powerful effect, its generated uncontrolled addiction and its devastating consequences in human body).

There’s a legal poppy use: pharmaceutical medicine production – morphine and codeine (two of the most popular medical painkillers).

Seeds are used for culinary recipes due to their antioxidant properties – B vitamin, lipids, carbohydrates and proteins; poppy seed is used in a wide range of recipes – Polish makowiec, or bird feed.

Poppy oil’s used in soap industry, in fuel production, or in painting – drying oil; this usage’s totally healthy – nothing to do with opium consumption effects.

Currently, the main illegal opium producers are Afghanistan and Birmania – about 90% world production (10% from Colombia or Mexico). 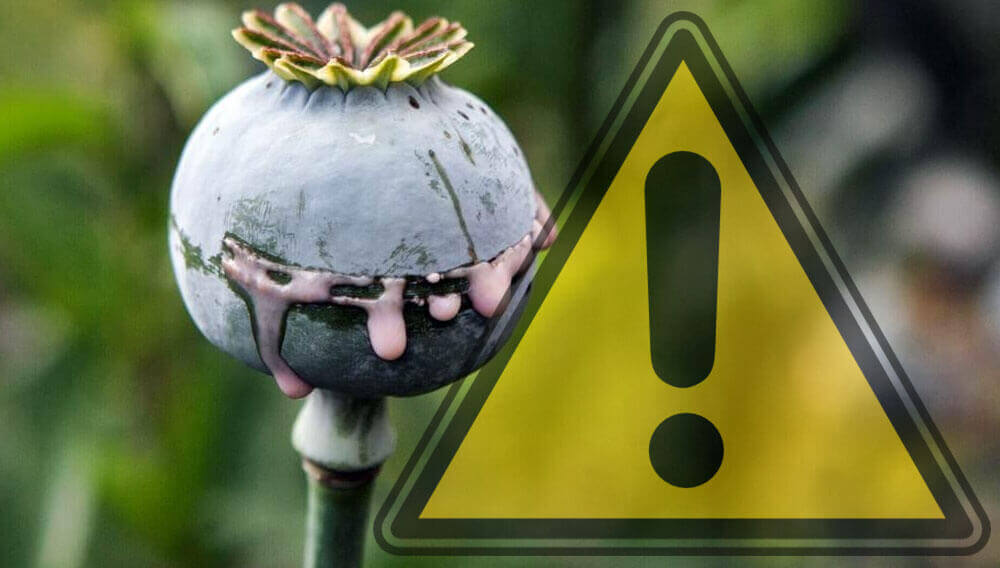 So far, we’ve talked about the devastating effects of opium consumption (and its derivatives) in human body – nothing to do with marijuana effects; society tends to see this drug as past stuff – nothing could be more untrue: currently, opiate consumption (mainly heroine) has exploded worldwide – developed countries in the European Union, and the USA.

Surprisingly, the main responsible of these numbers is US Federal Government, dealing with pharmaceutical industry – this industry has been indiscriminately prescribing opiates thru the last decades: many patients, consuming opiates for years, are totally hooked and, once the medication’s taken away, they need this addiction – street opiates (much more powerful).

There have been some cases of dead people from getting into pharmaceutical poppy fields – trying to steal poppy fruits – and dying from intoxication: Gea Seeds warns you to forget about these games.

This has been a wide review on puppy and its derivatives; when in doubt, just contact us online, call us or leave your comment on our blog.