Alcohol and marijuana are two frequently-mixed substances, especially beer and marijuana; these two substances, combined in our body, multiply the effects of both drugs and alter their isolated effects, but, is it safe to mix alcohol with marijuana?

Next, here you have the reasons why alcohol-marijuana combination cannot be the best way to get blowing high times. 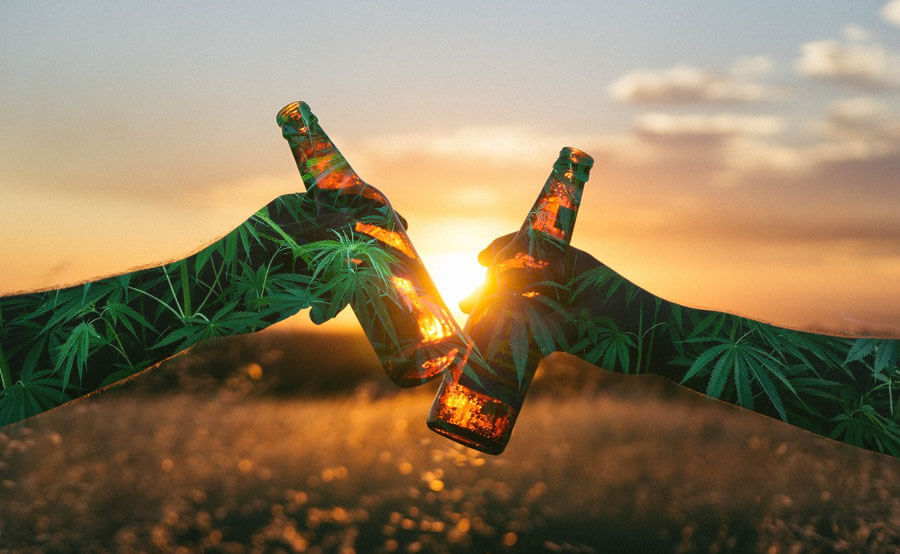 Marijuana impacts on certain brain areas, including those responsible of memory, sensory and temporal perception, thought and pleasure, among others; alcohol’s a depressant which affects the central nervous system; THC (in marijuana) and alcohol are psychoactive – THC acts on brain cannabinoid receivers, so many of the symptoms are cognitive.

Besides, alcohol deeply impacts on motor skills due to the way it gets into central nervous system – when combining alcohol and weed, you can start feeling one of the effects, or both, much faster than separately, and more intensively.

In fact, it has been shown that, when having high alcohol amounts and smoking weed shortly after, much higher THC levels in blood appear, differently from a consumer who hasn’t ingested any alcohol.

Apparently, this happens because alcohol widens blood vessels in gastrointestinal tract, allowing THC faster absorption – with enhanced effects, maybe the consumer hasn’t controlled the doses, because regularly-consumed marijuana and alcohol levels will multiply their effects when being combined, so too high times will overcome your expectations and will ruin the party.

Your body will absorb THC faster when alcohol starts becoming effective, and this can enhance the risk of experimenting negative symptoms. 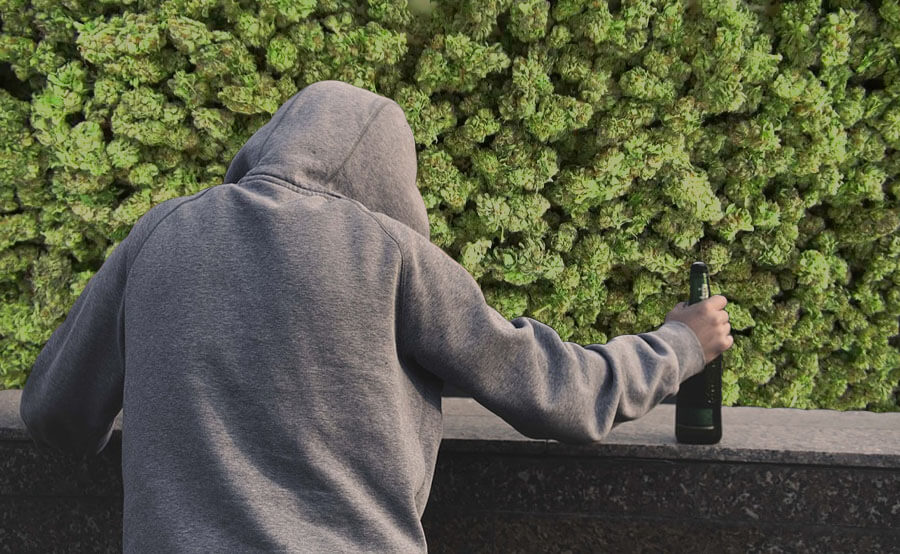 Some of the negative symptoms of marijuana consumption can be coordination problems, nausea, headache, increased appetite, tremors, breathing problems, anxiety, somnolence and memory problems – usually, this doesn’t happen to regular marijuana consumers, but, when drinking alcohol before smoking marijuana, color loss, sweating, dizziness and vomiting can be much more probable.

Summing up: is it safe to mix marijuana and alcohol?

Gea Seeds just suggests this mix to skilled consumers who, with little doses, have managed to control simultaneous alcohol and marijuana levels, always aware of the consequent effects and their enjoyment; if never tried to mix both substances, forget about it – if you try it, never have a lot of alcohol before smoking marijuana; the best order’s gradual consumption of both substances, or marijuana consumption before gradual alcohol levels.

Always keep in mind that this mix enhances the possibilities of ill feeling, so the abuse of both substances can become fatal.

Previous ArticleDOES MARIJUANA EXPIRE? HOW TO MAKE THE WEED LAST LONGER?Next ArticleMONSTER BLOOM, WHAT IT IS AND HOW TO USE IT