Everyone would like to know how long the effect of THC on the organism lasts. It is one of the most important questions that the community asks. On this occasion, we will write specifically about the effect of THC, how long it lasts in the body and about the most common tests to detect it. We hope to answer all your questions. 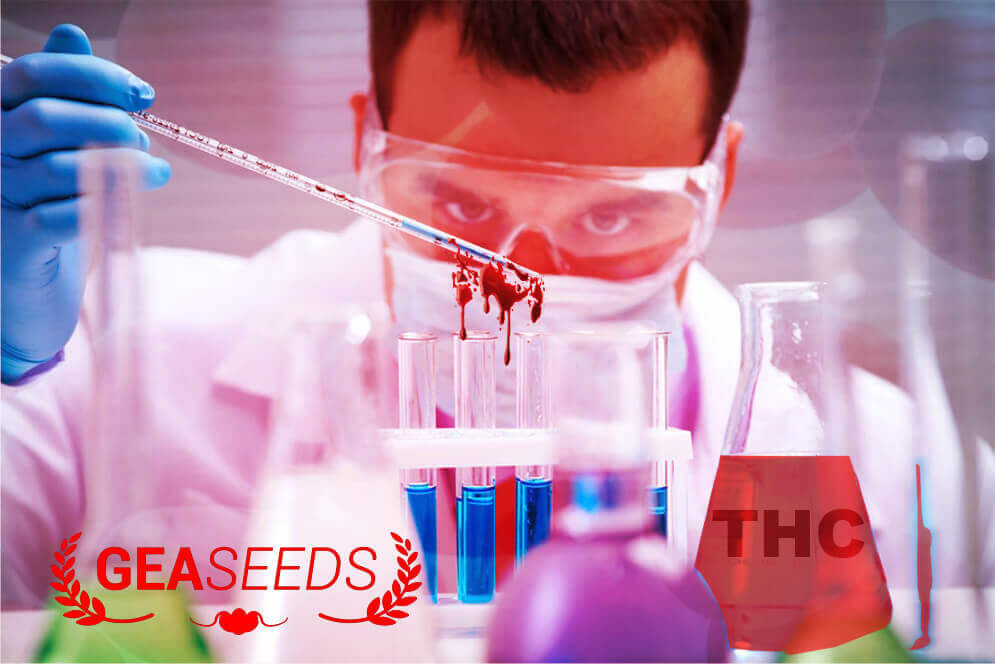 THC in blood according to the frequency of the consumer.

It should be pointed out that it is very difficult to know exactly how long the THC effect lasts. Because according to the frequency of the consumer, both, occasional and frequent users, is totally different.

When a person often smokes, positive results may be shown for up to 10 days. There is no absolute certainty that after this period of time no THC metabolites are observed, but normally they should pass the urine test at the threshold of 50 ng/ml.

Frequent users can show positive results even one month after the last use. According to the records, an extreme case is known, where the consumer showed positive results after approximately 67 days.

For users who smoke occasionally or for the first time, the positive result is usually given in the first few days, between the first and third day. After four days, THC could not be detected in the body.

Even so, no one can give an exact time since the THC rate varies enormously according to everyone’s metabolite. It can also influence the amount of marijuana consumed.

Tests to detect THC in the body 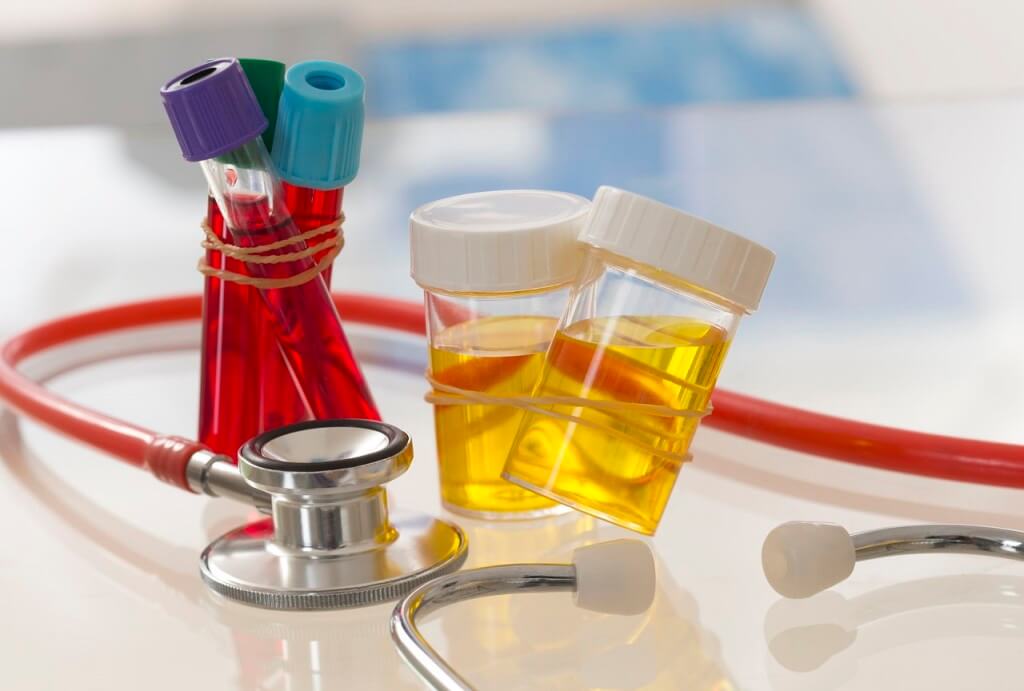 Urine tests are frequent, although over time they have been replaced by others such as saliva. This test does not detect THC directly (active principle) but its metabolite THC-COOH, which results from the breakdown in the liver of THC.

If you are using for the first time, the effects may last 1 to 6 days after use. A rare smoker, with an average of 1 or 2 joints per month, can test positive within 7 to 13 days. On the other hand, a frequent user could take up to two weeks to completely remove THC. For the more experienced users, a time between 45 and 90 days is calculated for their total cleansing of the organism.

Hair tests are rarely used, but they are one of the most accurate because they can detect quite accurately up to the time you consume. It is very difficult to avoid them because the THC-COOH metabolite will remain in our hair until we cut it. It is rarely used because the cost of this test is quite high. 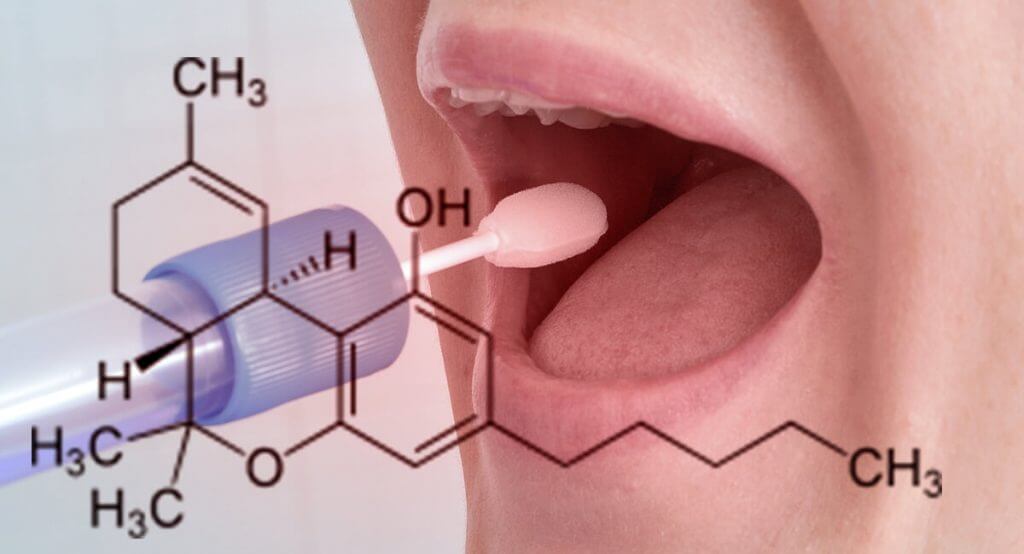 The saliva test is currently one of the most widely used in Spain. We all know the stick test. It has generated much controversy because of its inability to distinguish people who are under the influence of cannabis from those who are not, as a regular user will test positive for longer, even if he or she has not recently smoked. Its popularity has spread due to the ease of carrying out this test and is very often used in traffic controls. 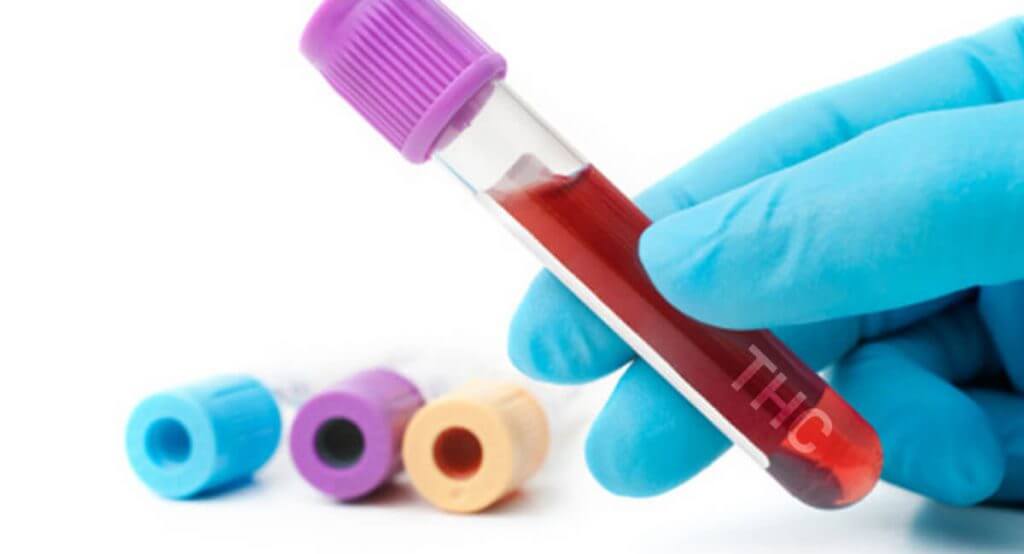 In general, it is a technique widely used by the authorities because it is very reliable and precise. It is used to determine the proportion of THC that is active in the blood. When smoked, absorption is fast, about 9 minutes it takes to get maximum THC levels. After 15 minutes, a considerable decrease is observed, reaching very low levels after two hours, this occurs due to the expansion by all tissues and metabolism in the liver.

When consuming a small dose, 3 to 12 hours is enough to make it undetectable, however, when dealing with higher doses could be taken even a day or more specific between 7 and 27 hours. These data refer to infrequent or occasional users as in regular smokers, THC may be present up to 1 month after consuming.

When used as food ingredients, the effect and duration change dramatically. On this occasion, the effects are not felt until several hours after consumption and THC blood levels may be detected until after 25 hours after ingestion. As we have mentioned, metabolites when the THC breaks down in the liver can remain in the body for a longer period of time, exceeding 50 hours until it falls to undetectable levels.

This in a nutshell explains how long the THC lasts in our body, I hope to have cleared up all your doubts. Now you are aware of how long you need to wait before you are positive on the different screening tests. See you next time!