Photosynthesis, in marijuana plants, as in every other plant, is the chemical process every plant performs with chlorophyll; by means of the energy provided by solar light, inorganic substrate – macro and micronutrients – is converted into organic material, from which the required chemical energy is obtained to perform its vital basic functions.

For that, light is assimilated by protein complexes – composed of chlorophylls and proteins. These complexes are called photosystems, located in the chloroplasts; through this process, the plants convert water and carbon dioxide into carbohydrates and oxygen. 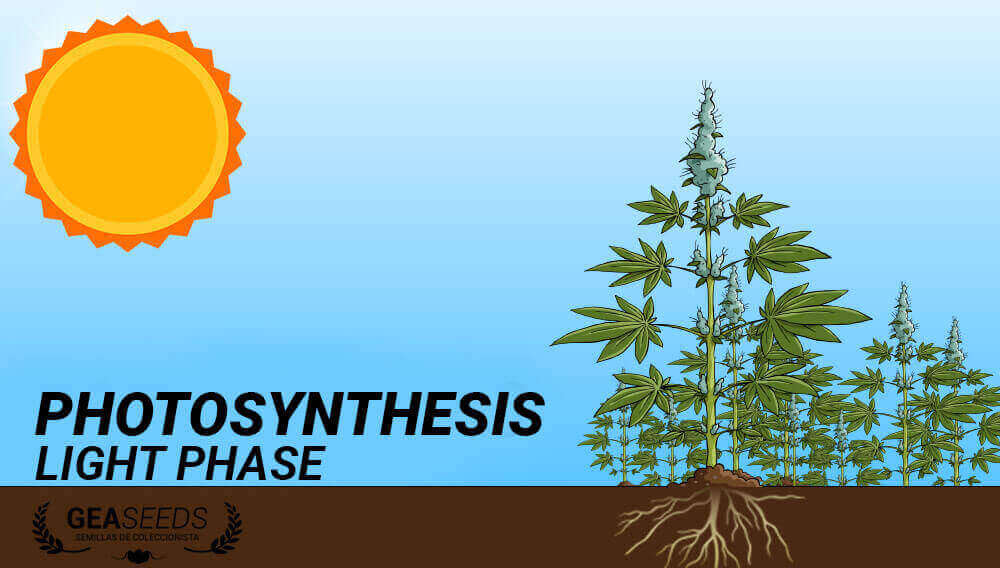 In other words, plants are nutrient – chemical energy – and oxygen factories, and they use water, mineral salts of raw sap and carbon dioxide as raw material, and sun light as energy source, that is, the factory – plant – converts luminous energy into chemical energy, and the warehouse of that chemical energy is a molecule called adenosintriphosphate (ATP).

This process is one of the main factors of life in the Earth, as we know it nowadays.

Due to this transformation – Co2 (carbon dioxide) in O (Oxygen), the Earth has an atmosphere rich in oxygen and, this way, the forms of life we currently know have surged; obviously, it is not the only process boosting this situation, although one of the most relevant.

This tangled process is full of complex biochemical reactions, divided into three main stages: light, dark and photorespiration; we could precisely explain how all these complex biochemical processes are produced, and what vegetal organisms are involved in all of them, but the explanation would be very complex and slightly fruitful for the growers – the Internet is full of related professional explanations.

The following article is dedicated to one of them, light stage, providing a fruitful, precise, simple summary for growers.

Light stage, what this means?

This is the photosynthesis initial stage; the plants transform solar energy into chemical energy, so this stage is performed with proper luminous environment, that is, abundant solar radiation, natural or artificial (focuses). 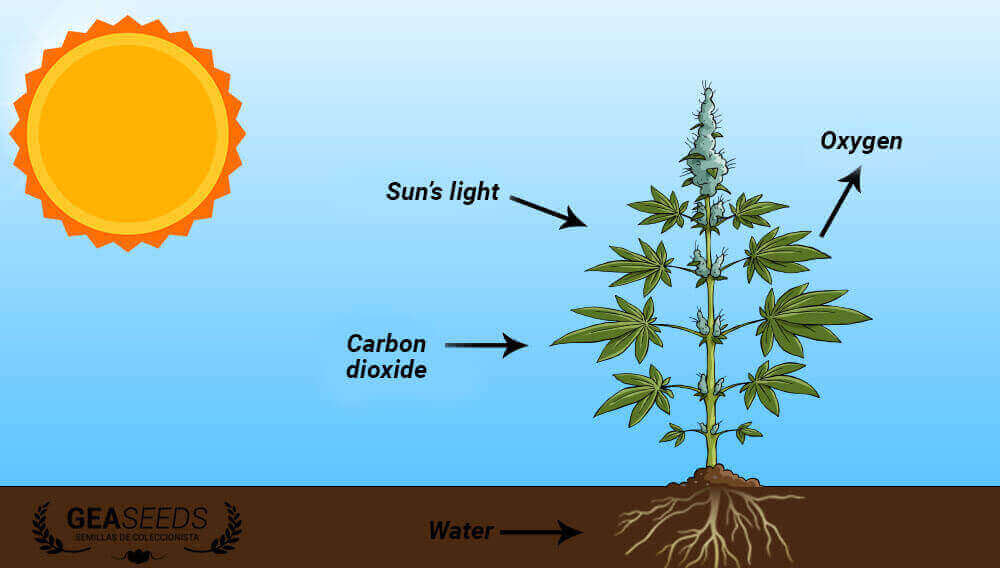 When the plant feels solar radiation, it is being absorbed by some complexes called photosystems, divided into photosystem I and II – PSI and PSII; they capture the light and use the energy to boost electron transportation through receiver chain: this chain carries the electrons from the water molecule till ATP is formed; several intermediate biochemical processes take place – they increase the energy that the electrons had in their ground state. Finally, photosystem II center separates the water into two protons (H+), an oxygen atom (O) and two electrons.

That oxygen atom joins the remnant of another water molecule, so atmospheric oxygen (O2) is produced.

The energy absorbed by chlorophyll is involved in two definite wavelengths: 680 and 700 nanometers; depending on the wavelength the plant is receiving, one of the two photosystems would operationalize, slightly altering the photosynthesis process. Then, that luminous energy, as a photon, is transmitted to the external electrons of chlorophyll molecules; these photons escape from chlorophyll, join the electron transport chain and produce an electrical power in the chloropast.

That energy can be used in ATP synthesis, by photophosphorylation and NADPH synthesis; in fact, both complexes would be fundamental for the plant to deal with the second stage: sugar synthesis, and sacarose and starch production.

As initially mentioned, scientific explanation is complex, and big biochemical knowledge is required to properly understand the processes in this post; anyway, the summary is simple: these complex processes are known as luminous stage – the first stage in plant photosynthesis process. In this stage, the plant converts solar energy into chemical energy, carrying out the required vital processes for its proper development.

In the following posts, we will analyze the two ongoing stages: dark stage and photorespiration; big up, and good smoke!

Previous ArticleAEROPONIC SYSTEM, WHAT IS IT, AND HOW IS IT MOUNTED?Next ArticleDARK STAGE PHOTOSYNTHESIS