That marijuana is an increasingly accepted drug at the social level is an unquestionable fact, especially in the United States of America. A good example of this is how the super-producer of television series, Netflix, has decided to put up on sale a new advertising campaign that directly relates Netflix to the drug in question. 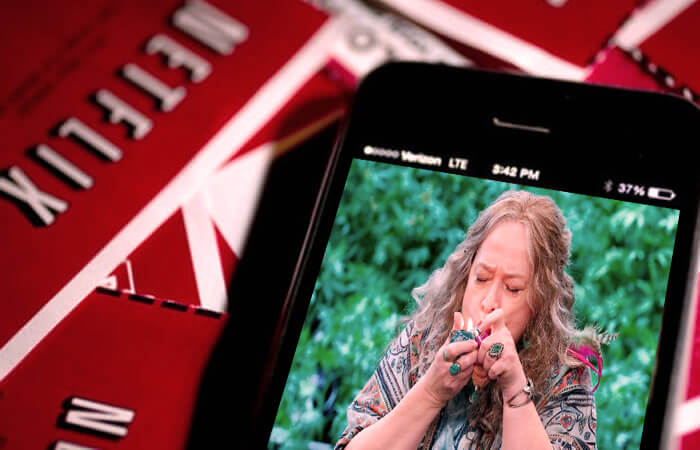 Netflix’s advertising campaigns and strategies usually have us accustomed to polemics and controversies, but this time they have surprised us again. The new strategy of the almighty producer consists of launching marijuana strains whose names are directly related to their series.

How did the campaign come about?

The campaign under study is called “The Netflix Collection” and emerged as a collaboration between Netflix and Alternative Herbal Health. The campaign in question was created with the aim of sponsoring the new series that will launch this platform, “Disjointed”.

To sponsor the new series, Netflix brought to light different strains of cannabis designed to be consumed while enjoying the television offer that the company makes available to us.

What was the campaign about?

Basically, the idea was to sell marijuana strains of different flavors, intensities and powers, depending on the type of series we thought to see. The psychoactive effects of the strains in question are closely related to the series and the type of genus to be visualised. In addition, the names of the same strains are inspired by different series from the producer in question. 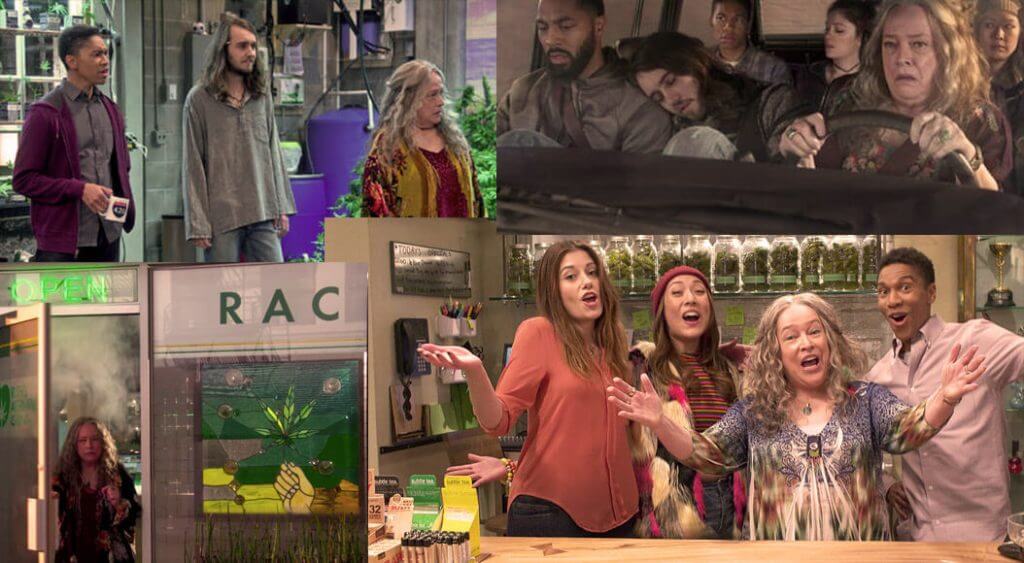 In total there are ten strains, with very varied effects, and designed to be consumed depending on the series we are about to see. In this way, cannabis will help to enhance sensory experiences produced by the series of the platform’s streaming platform catalogue. It’s nothing new to watch movies or series “stoned”, any consumer knows that the effects of cannabis are ideal for watching movies or series. What is really new is that it is a multinational company that promotes this practice.

Which strains have been launched?

Initially, three different types of strains were launched which will have the names of the first three chapters of the “Disjointed” series. Firstly, the Banana Stand Kush variety, directly related to Arrested Development. The second will be called Camp Firewood and will be named after Wet Hot American Summer: Ten years Later, and the third, Pruckly Muffin for BoJack Horseman.

These were the three strains inspired by the new Netflix series, but what about the other strains?
The rest of the strains are inspired by other series from the catalogue of the famous American commercial entertainment company. For example: Wet Hot American Summer: Ten Years Later, BoJack Horseman, Arrested Development, Chelsea, Grace and Frankie, Lady Dynamite, Santa Clarita Diet, Orange Is the New Black and Mystery Science Theater 3000: The Return.
These strains were distributed in jars containing 3.5 grams of cannabis for a price of 65 euros.

As noted above, all these strains were specifically grown to be consumed together with the shows that give them their name. The intention is that the consumption of cannabis increases and intensifies the sensory sensations transmitted to us and produced by the series. In this way, a humorous series will be accompanied by a good sativa strain, while a dramatic series will be accompanied by a good indica.

Where could you buy these strains?

The contract signed by Netflix with Alternative Herbal Health, a company of clinics, specified that these varieties could only be purchased in West Hollywood, California. This is logical and obvious if we bear in mind that this is a state in which recreational use of marijuana has been legalized for all its effects. The idea was not to distribute these strains in shops or grows, but they were distributed in the pop-up shop of the Alternative Herbal Health dispensing company. In addition, the campaign will also serve to promote Netflix’s next original comedy, “Disjointed”.

How long did the promotion last and who was eligible?

The Netflix strain collection has an expiration date, as the promotion only took place on the last weekend in August. In addition, their sales were exclusively intended for people who had a medical marijuana use card. We concluded that access to these strains was very limited and exclusive.

The commercial agreement Netflix and the Carrot advertising agency signed with the state of California and the city of West Hollywood determined that the campaign would always be restricted by U. S. federal and local laws, and that the objective of the campaign was advertising and not-for-profit. In fact, when the results of the campaign were published, Netflix claimed that only 12 kg of marijuana had been sold. Obviously, the economic benefits of selling 12 kg of marijuana are not an amount that helps an international giant like Netflix.

Therefore, what all this denotes is a change of mentality in today’s society towards cannabis use. Not because a multinational such as Netflix associates its image with marijuana, but because this fact shows that the company does not consider negative that the public relates them to cannabis. This fact is really important because it manifests a social inertia aimed at the acceptance of cannabis use by most of society. A truly positive and gratifying news for those of us who are working to improve the social and legal situation of cannabis!