Everybody has ever heard of this genetics; Critical, or Kritikal Bilbo, is a classic among classics. A marijuana seed strain, regularly grown by everybody – from sybarites, the most advanced growers, to those beginners getting to know about cannabis grows. Unique flavor and effect – it has made a difference among many stoners; haven’t you tasted it yet? What are you waiting for? 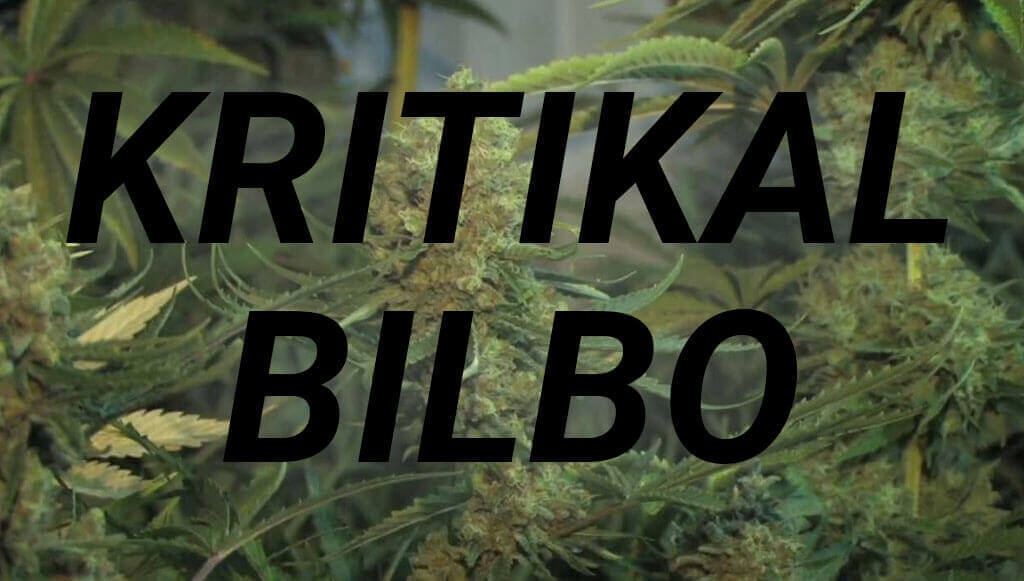 In 2000, cannabis world listened to this name for the first time – it was never forgotten; a group of growers, living in the Spanish city of Bilbo, Critical Mass lovers, worked on a cross-breeding between an Afghan strain and the original Skunk strain.

They kept planting Critical Mass – from Mr. Nice bank – continuously; in 2000, they noticed a different Critical strain: Kritikal Bilbo; originally, that specimen was very difficult to sprout out – flimsy look, slow growth, initially stacked, about to die. However, differently from most of the growers, Bilbo fellows kept taking care of it, feeding it and pampering it; they were not so hopeful on quality product from that plant, but it started flowering.

After growth stage – during initial flowering, Bilbo fellows realized that plant was special, unique, so they were not supposed to let its DNA disappear; the fragrance from its buds overwhelmed all the growing room, so the smells from all its sisters faded. Hopefully, its caretakers immediately knew it was a preserving strain; they started to produce feminized seeds and cuttings from that plant, so they managed to perpetuate Kritikal Bilbo genetics. Its fame spread like wildfire; everybody in Bilbo – in Bocho area – wanted this genetics in his growing closet: Kritikal Bilbo legend had started.

That slow-growth, flimsy plant kept improving; Darwin’s law did the rest, the weakest strains got discarded, its DNA got more stable day after day, faster growth, more productive… But always with its initial famous flavor and smell, perfect Kritikal Bilbo started to appear; in fact, apart from its famous smell and flavor, the growers understood it was one of the most productive and fast strains you can find – one of the first outdoor harvested strains.

Then, its Bilbo creators started to develop it commercially; Genehtik seed bank, Bilbo bank formed by amateur and professional growers, started to sell these seeds worldwide: these seeds made the bank famous, so they decided to make Kritikal Bilbo into their label; in fact, their current motto is “Put a Kritikal Bilbo in your life”. Its legend started to spread through cannabis world, and it is still going on.

HOW TO GROW IT

You do not have to be an expert to get good Kritikal Bilbo crop – not by a long chalk. One of its main characteristics is its resistance to fungi, plagues and diseases, and its outdoor strength; as previously mentioned, Kritikal was born in Bilbo – sad, rainy weather, so imagine its power and production in more favorable climate zones – or in indoor areas. 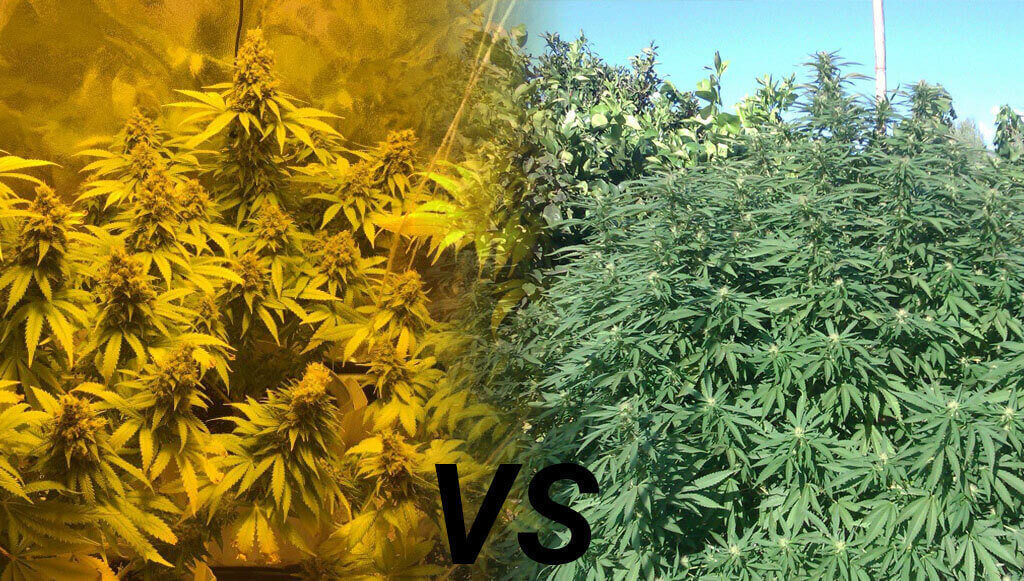 DATA SHEET, KEYS TO ITS SUCCESS

Canna lab pic, with a real analysis of a Bilbo bud, provided by Genethik. 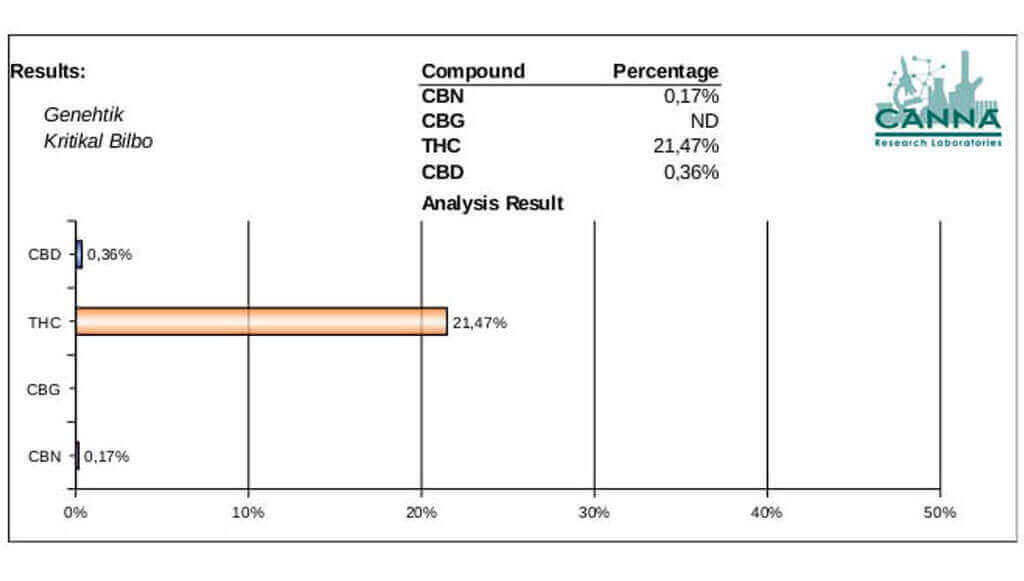 The original, unique smell and fragrance is kept, and Somango genes have provided better branching – stronger branches, solving the main original problem – weight folding and breaking goes down in history.

Together with the same flavor, fragrance and up high, Bilbo fast flowering and production are kept too; two simultaneous genetic crops – middle September (northern hemisphere) and March (southern hemisphere): undoubtedly, one of the fastest marijuana strains.

On our online store, you can buy this stunning genetics at the cheapest price you can find online; available in five formats or different packs – from three seeds to Kritikal 100 seed packs: Legendary marijuana strains have many cannabis awards and cups; actually, Kritikal Bilbo has 26 cups and awards from different fairs, parties and cannabis events. 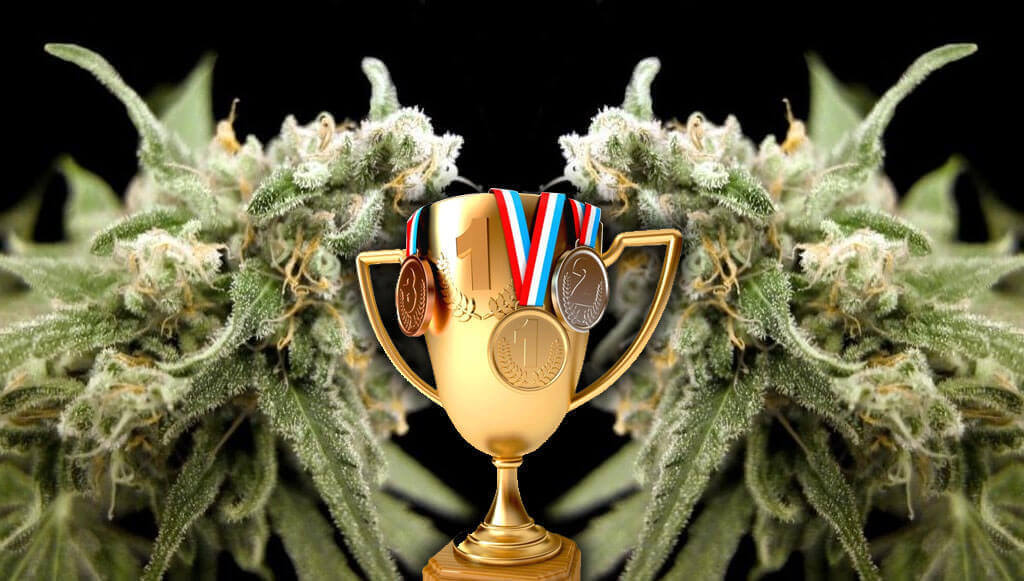