The bong, or water pipe, is a marijuana smoking system, chilling the smoke and getting more powerful effects. There is a wide range of models, concerning different colors, materials, sizes and forms; bongs made of plastic, metal, glass, mud, ceramic, clay or bamboo, big, small, expensive, cheap, and endless possibilities.

Water pipes appeared centuries ago, according to several archaeological fields in Asia and Africa. From Ancient Age, bongs and pipes have been used; pipes come from bongs. Through the years, their use became popular, spreading from Africa and Asia to the whole planet; currently, its use has become global. In fact, nowadays it is difficult to find a place in this planet where bongs are not used for consuming tobacco, marijuana or hash.

The origin of its name comes from the word bamboo in Thai – bamboo stem, to be precise; in fact, they say that the bong surged in Thailand thousands of years ago, and it was used for smoking tobacco, marijuana, hash or opium.

Besides, over-2,400-year-old bong traces have been found in some archaeological fields in Scythian, Russia.

Parts of the bong

The forms and models of the bong can vary, but there are some common, basic parts; in fact, if it does not contain these parts, maybe it is not a bong. Next, we describe the different parts of the bong: 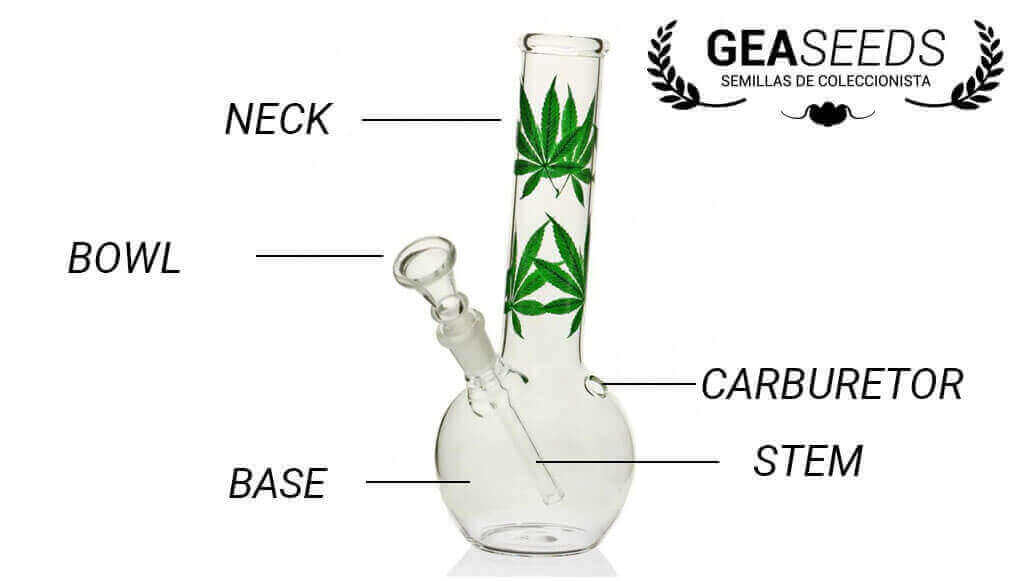 It is a device with a cavity to introduce marijuana, combusting inside; usually, it is removable, easing its cleansing and recharge.

Tube which transfers the smoke of the bowl to the base of the bong, being filtered through water.

It is the bottom part of the bong; usually, it is bubbly, although there are bases with many different shapes.

It is the chamber being filled by the smoke filtered through water. This chamber is connected to the nozzle. Some of them have a cavity for ice introduction, chilling the smoke rapidly.

How to use it

Apparently, these pipes are difficult to be used, but nothing could be more untrue; their usage is very simple: fill the bong with water, and fill the bowl with marijuana; next, put your lips on the tube and ignite the vegetal material in the bowl with a lighter or blowpipe, tapping the tube hole and inhaling profoundly.

Many consumers prefer to fill the bong with juice, alcohol or tea, providing different details to the smoke. 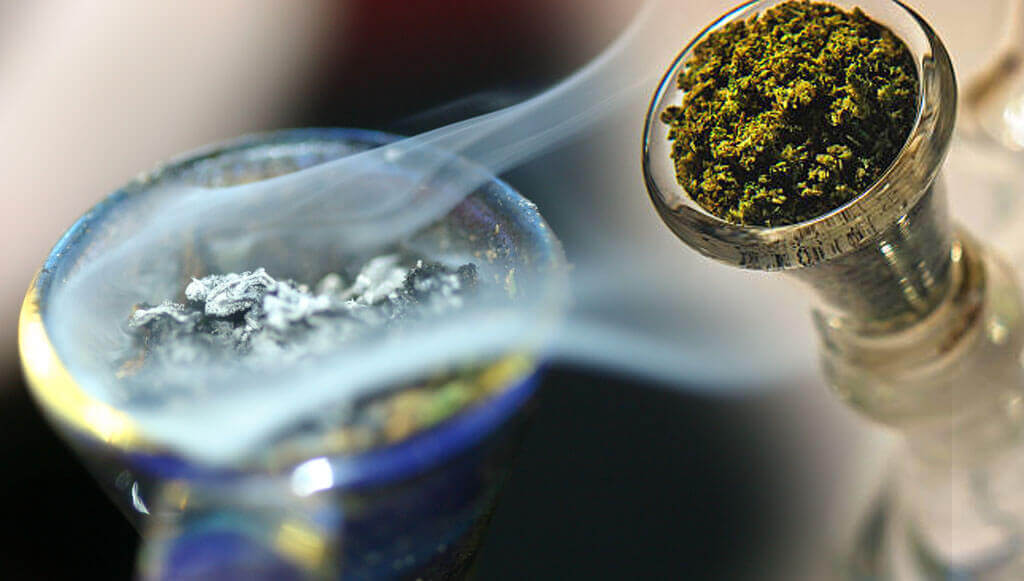 The main advantage of the bong is that it removes toxins by means of water, and it chills the smoke, offering a softer, nicer puff, that is, it filters and refrigerates the smoke, maintaining the cannabis flavor; softer puffs are longer, so you can smoke more without forcing your throat. Besides, adding liquid material – different from water, marijuana acquires some details of different flavors; give it a go, and discover all the different flavors and possible combinations, enjoying your buds a lot.

Lastly, there is a wide range of models, with new systems which provide some variations to the traditional system. Some of them have incorporated filters, helping to distribute the smoke along the tube, and some others have systems which push the smoke, getting a second diffusion before being inhaled; anyway, they are just slight variations, but the basic system is always the same.